As an educational aim, you are proposed the recreation of a sample of excavation together with a video that shows the techniques to identify, excavate and provide evidence about graves.

The protagonists are aristocracies between the VI and the V century BC. This is the century during which cities are governed by powerful aristocracies and begin to stratify. The biggest hierarchic centres hold the power, creating alliances and support; Calatia is a small town which borrows habits and customs from the nearest and most powerful city of Capua. The exhibition focuses on a small group of graves, which were on the western edge of the necropolis in the direction of the town. Excavated in 2003, this group of graves represents a determined household, which has a privileged position compared with other tombs, because it is near the town and is about 110 meters far from it. This position draws, of course, a distinction and recalls the role played by the family in the society of that period. 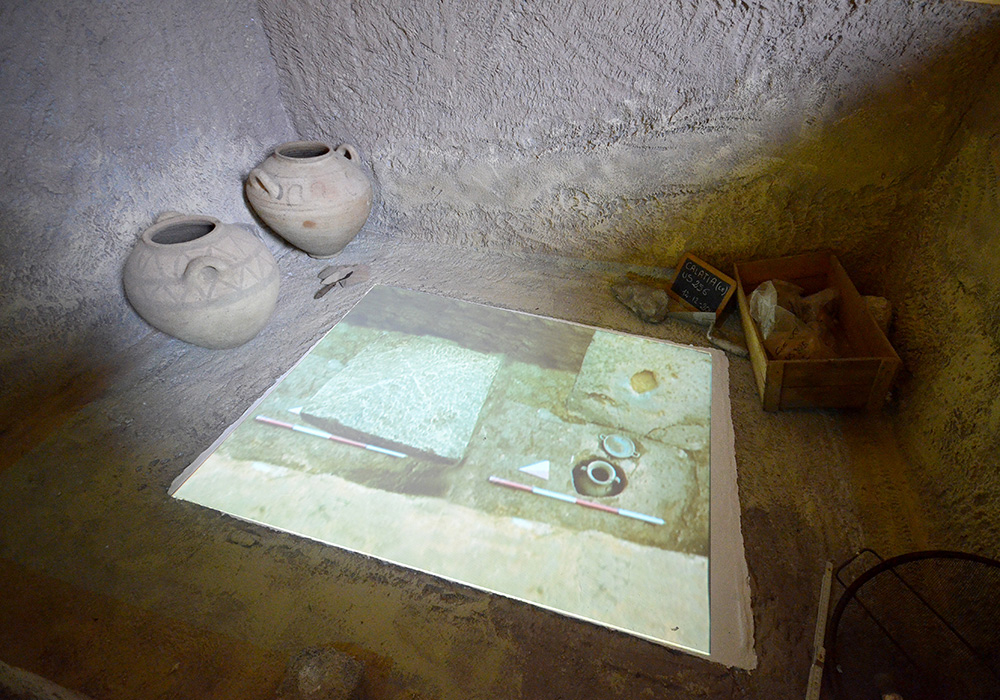 Continue the visit in the next room
The funerary objects