In the residential area there is some evidence of settlement from the Orientalizing Period (late VIII century BC) to the Late Empire. In order to determine the life period of the town, we have an involuntary archive (showcase 1), which consist of some fragments exhibited in chronological order that were collected and put aside by farmers while reclaiming the land. The oldest evidence comes from the south-east part of the area, where the remains of the fortified walls were found. This is the first example of that irregular, roughly circular shape, which characterizes the residential area all over its life; traces of the oldest residential area have been almost completely eliminated. 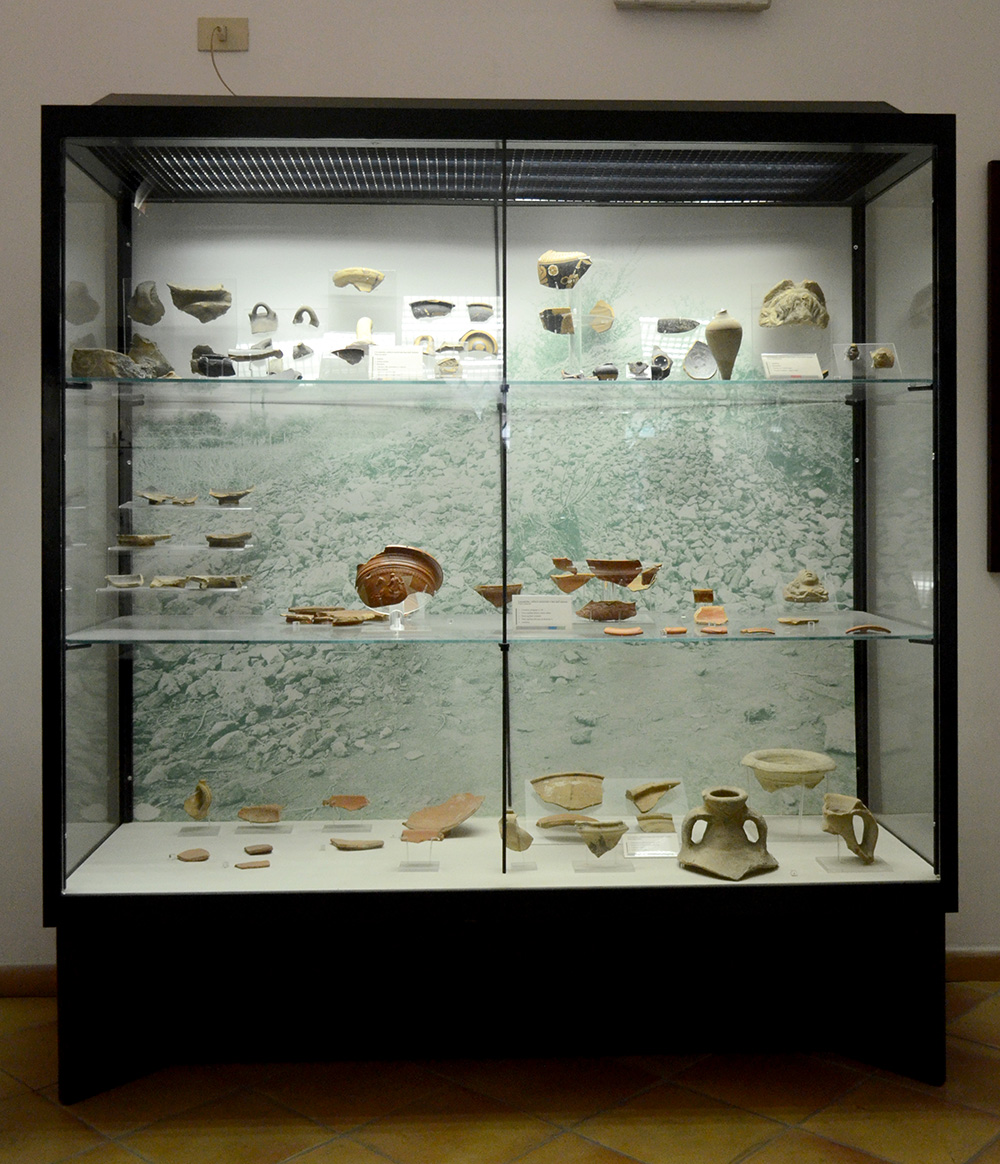 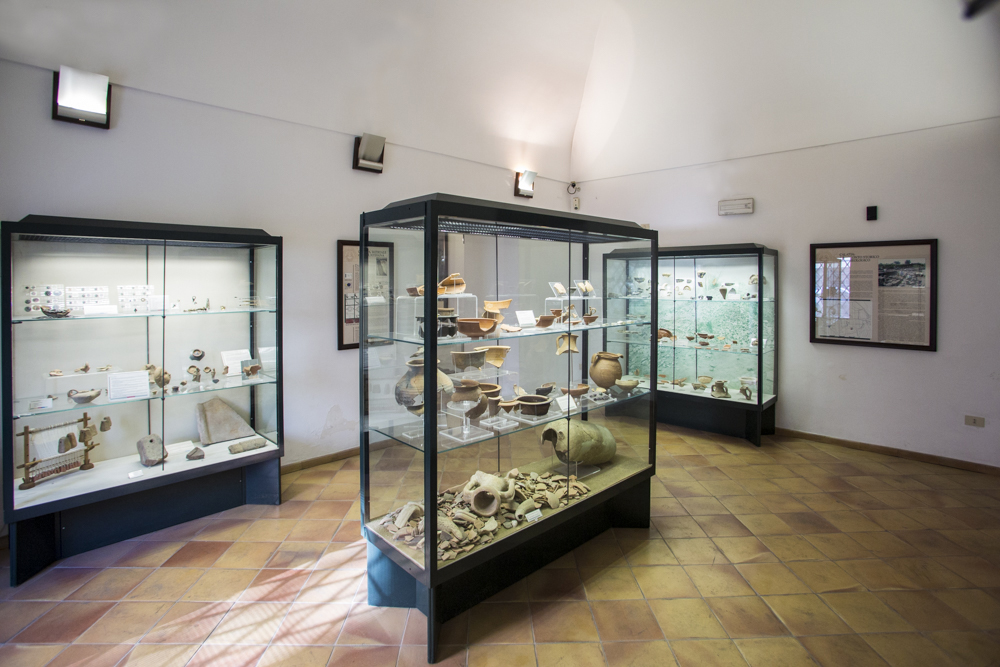 In the late IV century BC, the excavation data allows us to identify a qualitative interruption – the old residential area is replaced by a more regular area, made up of roads (cardo and decumanus) which intersect forming a right angle.

We have little evidence of the period relating to the Samnites wars, the construction phase of the Appian way, of the houses and of the public monuments because of a deep reorganisation that will change the aspect of the town from the II to the I century BC. We are talking about a new monumental structure whose architectural decoration is exhibited in show case 2. 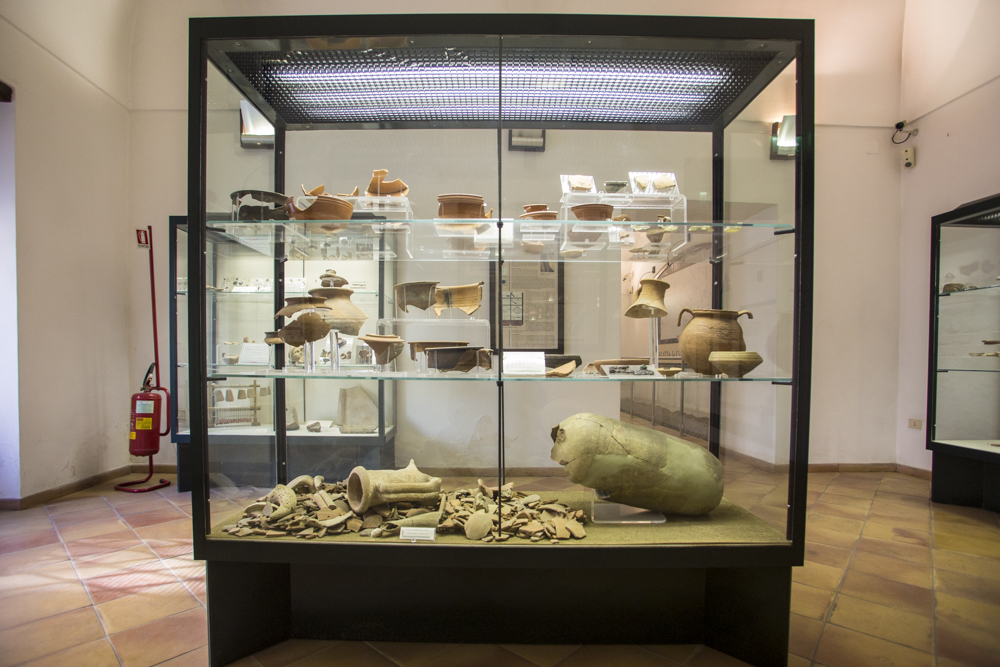 Fragments of everyday life have been collected from houses, squares and roads – graphite inscriptions, factory trademarks, jewels (show case 3), tools to wash ears, pins for clothes and bone hairpins used by rich matrons, coins and jewellery that were left or lost. 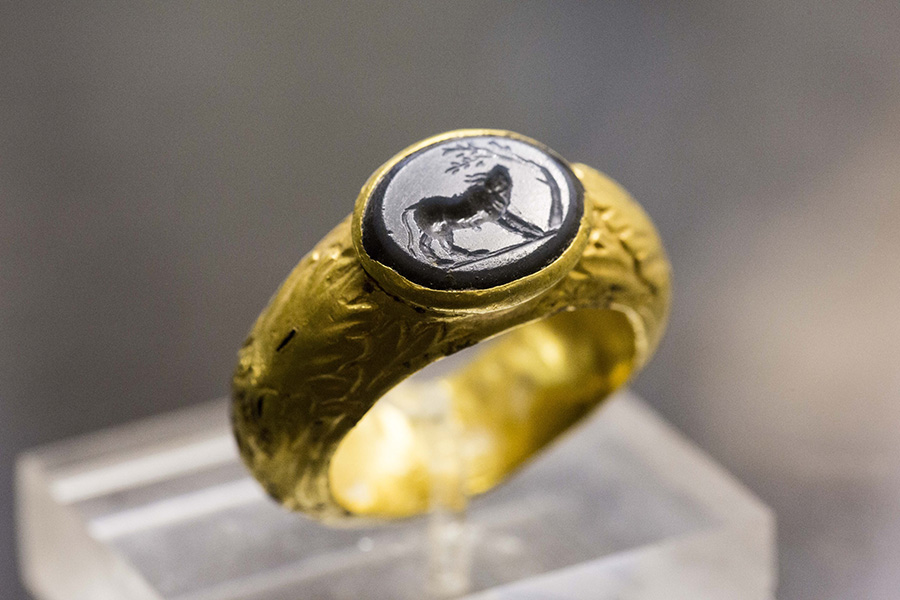 continue the visit
Room 3 – The Necropolis