Travelling on the Appian way from Calatia to Rome

On the first floor, in the room that was the reception hall in the 18th century, there is a multimedia installation that gives visitors the chance to virtually travel from Calatia to Rome, along the Appian way, the regina viarum that connected Rome to the South of Italy until Brindisi. In this way Rome had access to the Eastern Mediterranean and so it was able to trade faster with the Greek world. The road took a detour from its route to go to Calatia, where it became its decumanus maximus. Then it went towards east passing near the Casino della Starza, as mentioned in Pratilli’s book about the Appian Way in 1745. The recreation of the Appian way, from Calatia to Rome, leads the visitor to a space-time dimension that starts our time travel through the rooms. 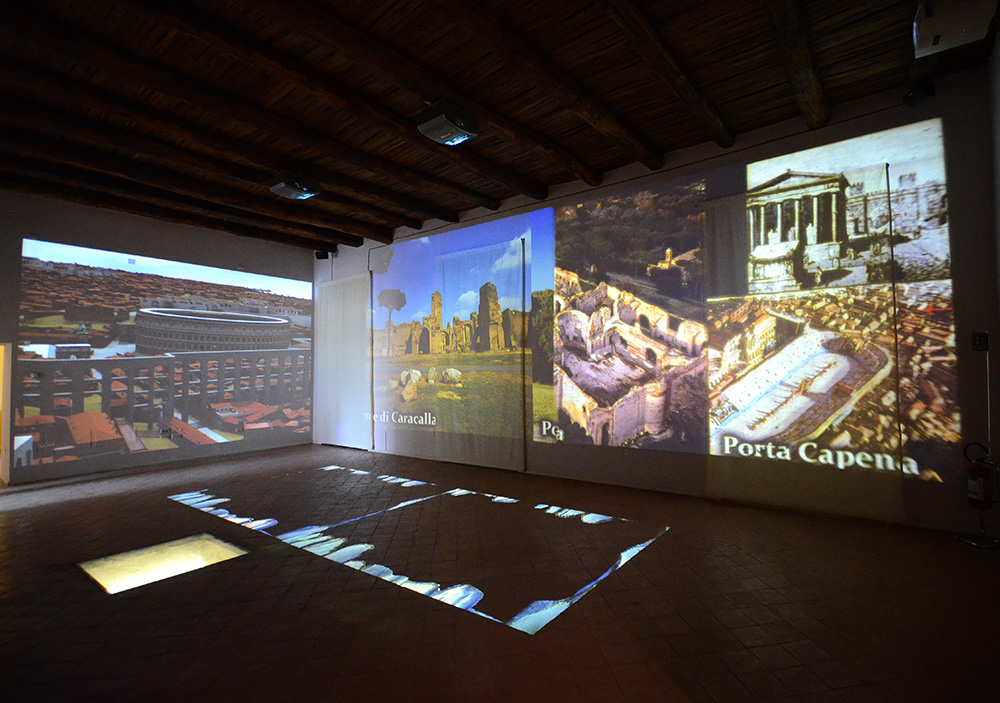 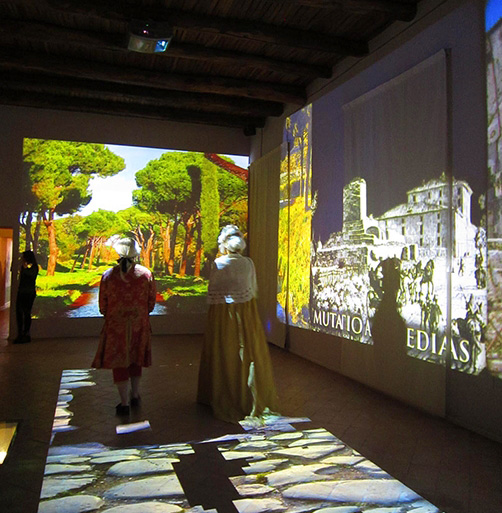 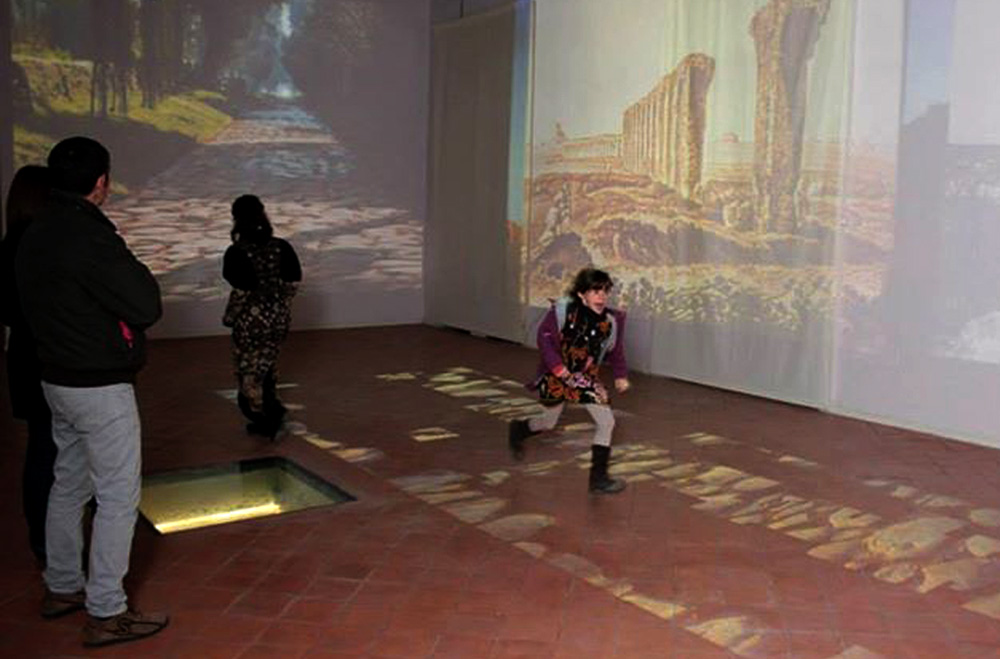