In the last section about the female world, considerable space is given to the domestic and social dimension of women through a series of objects, which have been chosen among some funerary objects from the Orientalising Period.

Women have been represented as spinsters and/or textile workers since the prehistoric times– the funerary objects that show these activities are mainly spindles, reels and sometimes loom weights. There are also distaffs. 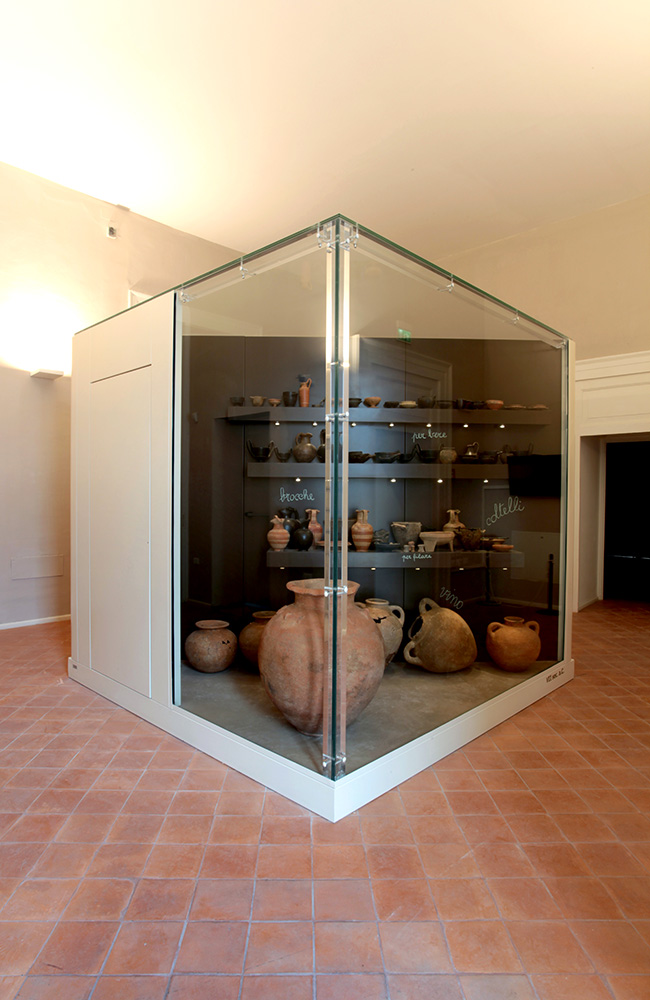 In Calatia and other towns of Campania, and in general of Tyrrhenian Italy, crockery is often found in female graves from the last quarter of the VIII century BC. Near the head there is the biggest part, such as olla and dolii, which show the availability of food and offerings, and so an ostentation of wealth. 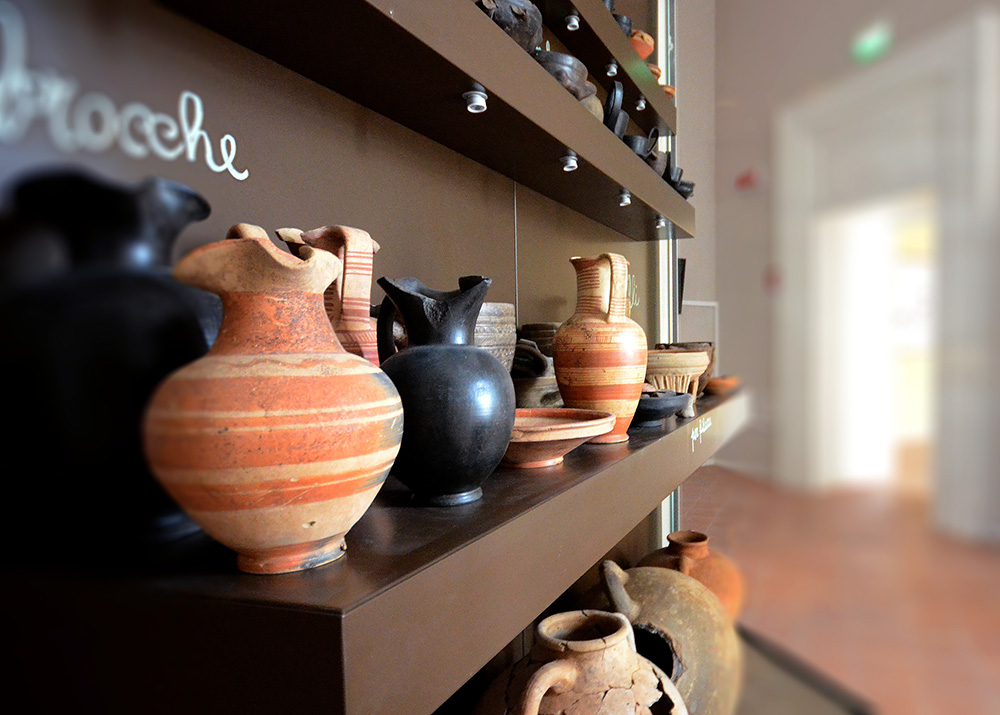 Near the head you can find also the most part of the banquet ceramic and figulina vases with geometric style, which are imported and/or colonial; from the recent Orientalising period you can find also bucchero and Etruscan-Corinthian pottery. 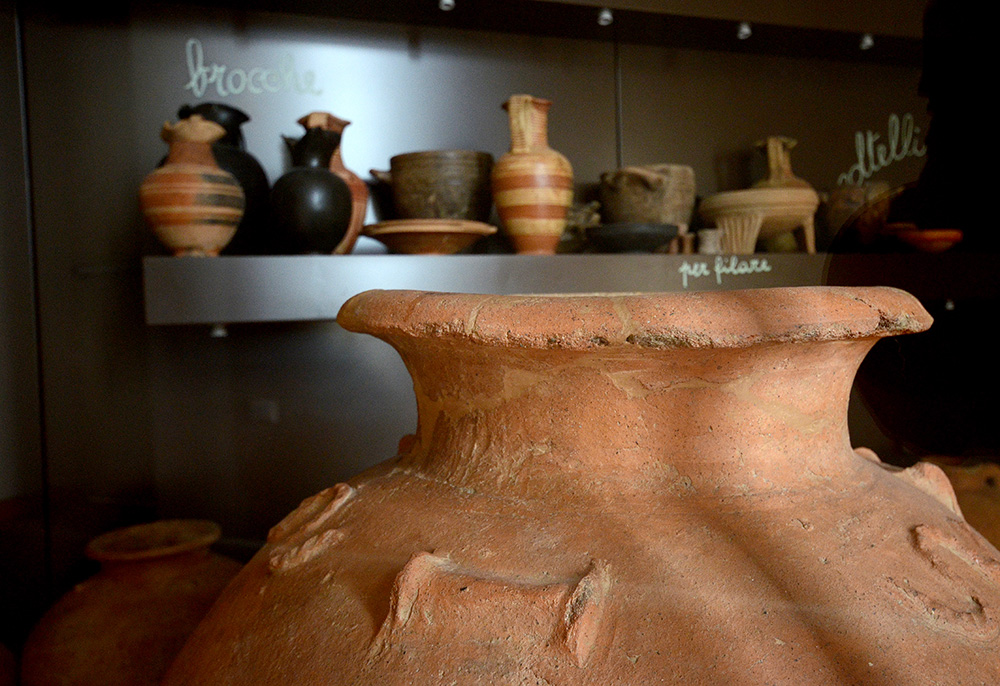 Banquet vases can be classified according to their function – to eat food, to drink or draw (open forms) and to contain or pour (closed forms).

Continue the visit in the section Men in the Orientalising period