The archaeological exhibition occupies “the quarter of women”, the rooms dedicated to the women of Carafa family, according to the division of the spaces, as reported in the archives from the early 18th century. What is left of decoration is decorative paper covering beams and walls, and fragments of painted decoration from the early XX century.

The first room is dedicated to women’s custom. 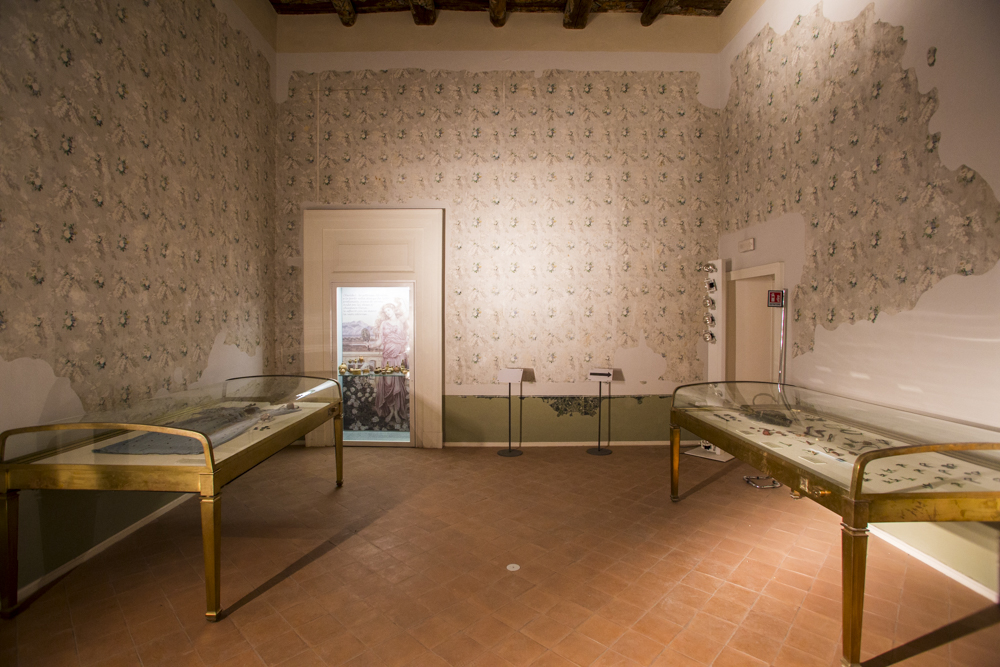 The selection of ornaments is an example of women’s custom in Calatia, in particular during the Old Orientalising period (725-680 BC). The oldest graves, which date back to the last quarter of the VIII century BC and are the richest ones, are in the south-western Necropolis. 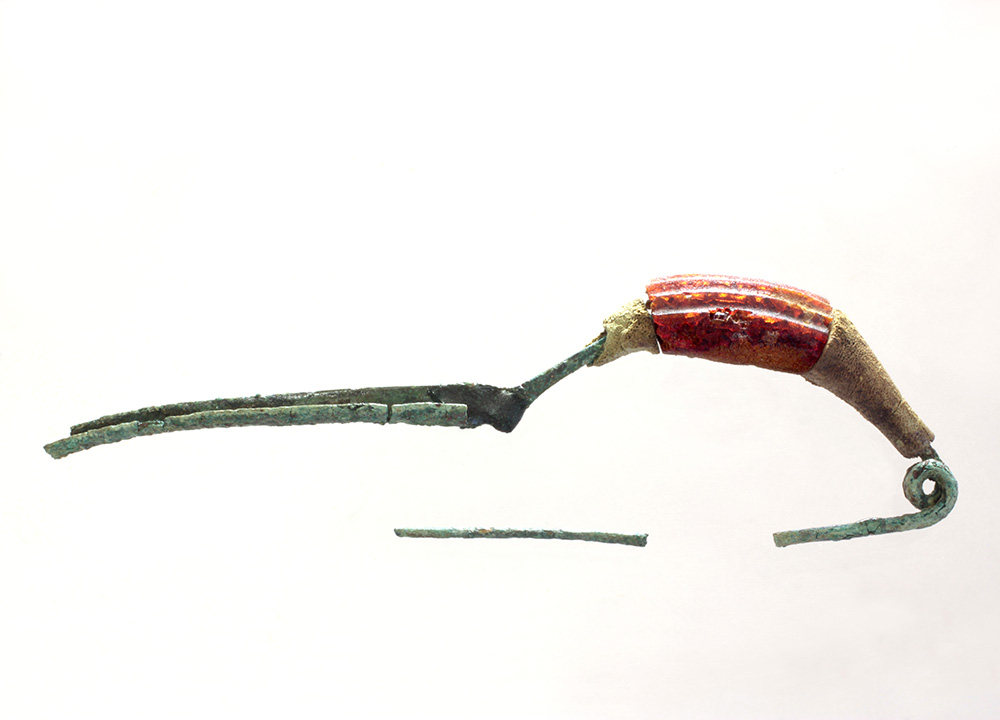 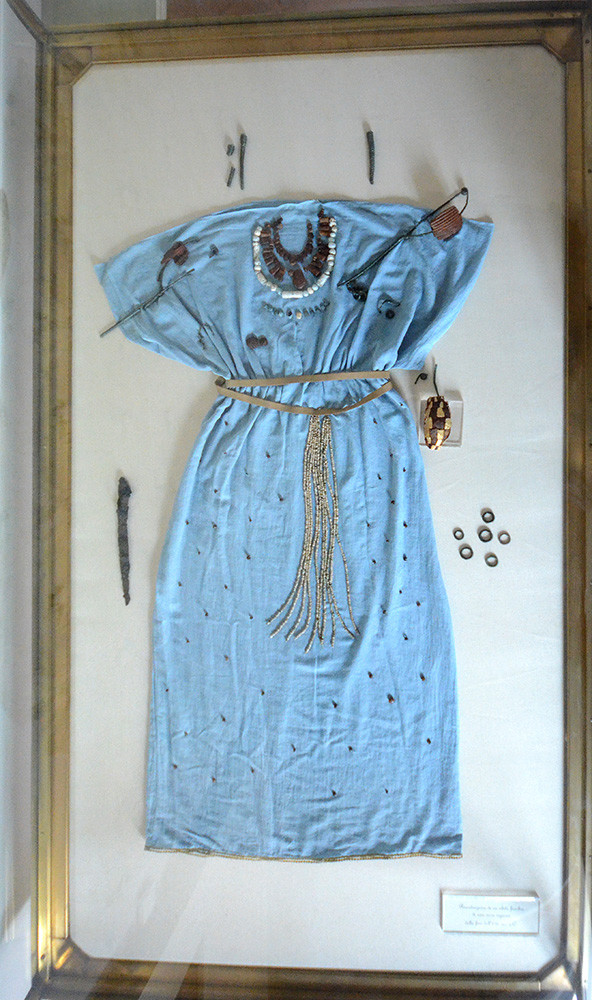 Beads, pendants, silver fibulae and scarabs in faïence come from the most important burials and they clearly testify the diffusion of the Eastern apotropaic magical symbolism (Egyptian and Phoenician) in Campania.

In the most important burials the basic set of jewellery is enriched with rich ceremonial ornaments. Because of the abundance, the repetition of the same artefacts and the presence of some exclusive ornaments together with vessels, which are also of great importance, we can say that burials belong to women of high social rank. Two gold hair spirals with lace ribbon in tomb 197 are simply extraordinary. 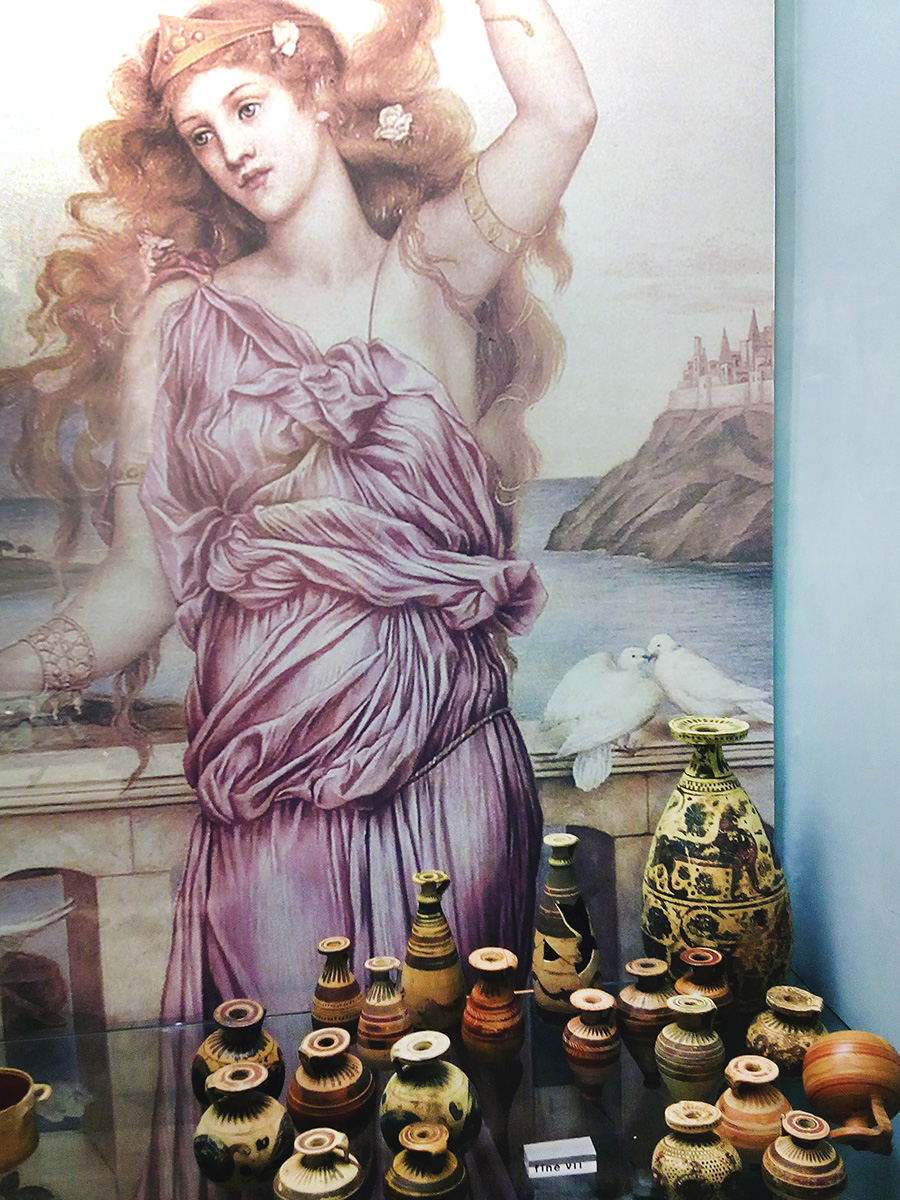 Aryballoi and alabastra, containers for perfumes and unguent have been found in quite a number of female orientalising graves in Calatia. The Ancient population used perfume in a different way. Today perfume is mainly related to vanity, while in the past it was used in different contexts, such as domestic, funerary and sacred contexts, and for cosmetic, hygienic, therapeutic or cultural purposes because of its numerous symbolic shadings.

Continue the visit in the following roo