The gallery is the big room restored between the late 17th and the early 18th century, where the Duke welcomed and entertained his guests after his hunting trips – among them King Charles of Naples. It houses the section dedicated to the graves dating between the late VIII and the VII century BC and belonging to men. 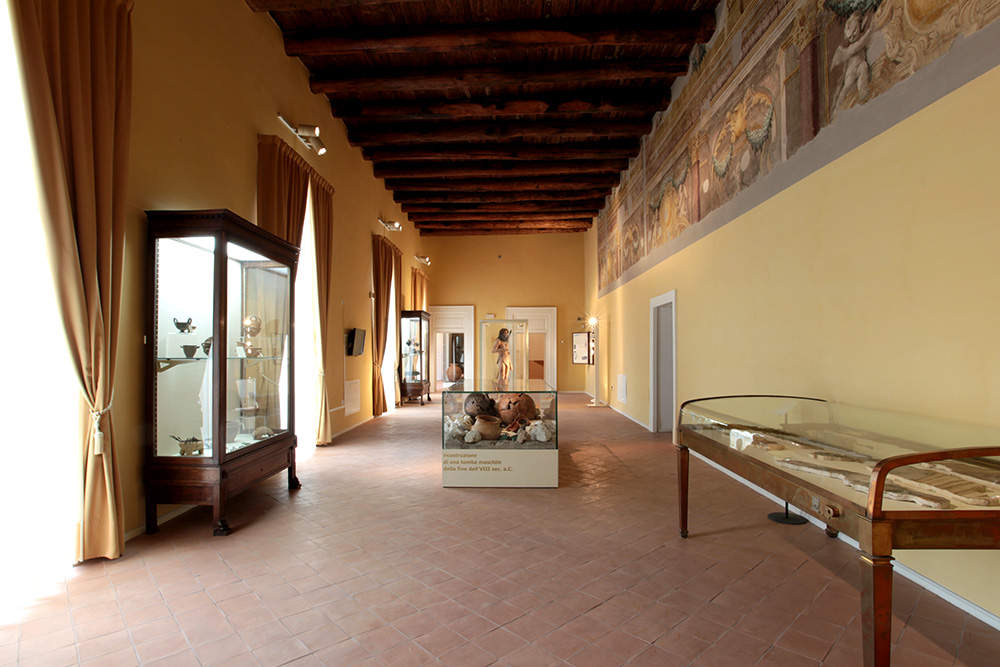 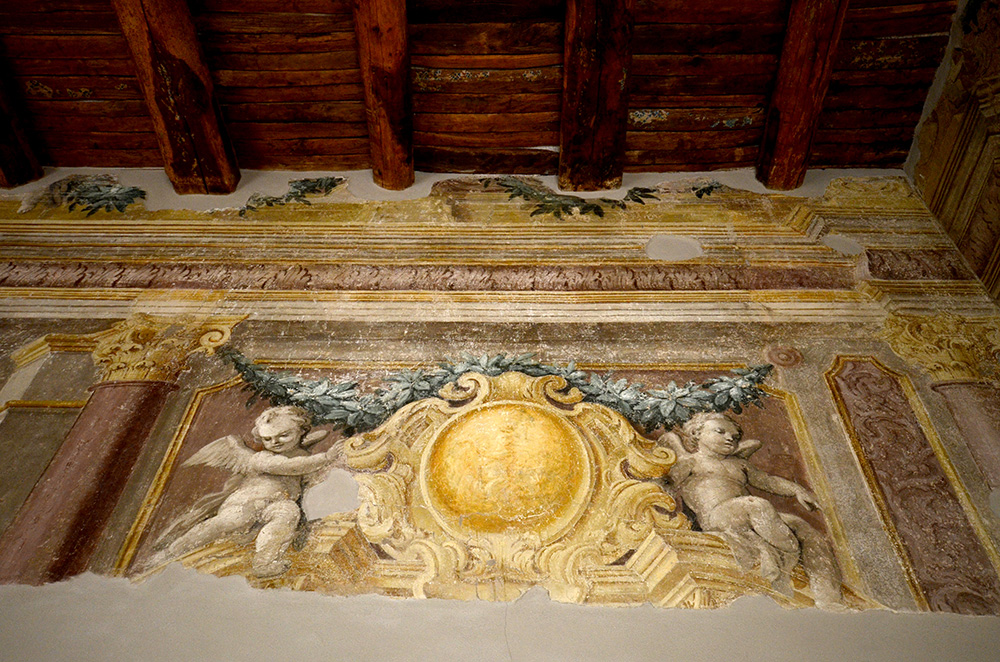 The social status can be recognised in different kinds of funerary objects that characterise the deceased as a warrior, who has to protect his group, but also as a farmer. This highlights his ability in agricultural activities and in wood and metal processing, as proven by graves 181,190 and 194. They are three burials dating back to the late VIII century BC, ascribable to the oldest ones that come from the necropolis southwest of the old town. 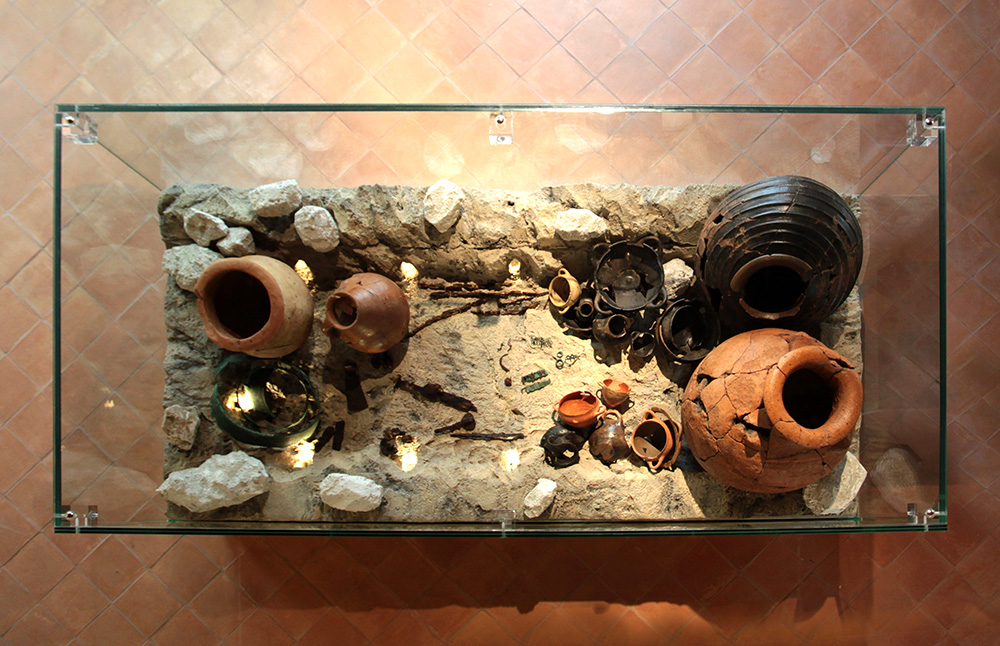 In Calatia the representation of the warrior is rather simple but evident in the oldest graves belonging to people of high rank. Here the offensive weapon is dominant, the lance in particular, which is used to fight and hunt. It can be found also in graves belonging to adolescents and it is often associated to knives and axes, which are not part of weaponry but tools that have to enhance the handicraft of the deceased.

One of the most important weapons is the sword, found from the late VIII century BC in the burials of adults only. It is made in iron, provided with scabbard and the deceased wore it using a baltric with iron studs (recreation tomb 181).

The visit on the first floor ends with the exhibition of maiolica floor coverings belonging to the 19th Neapolitan factories.

continuae the visit The Chapel